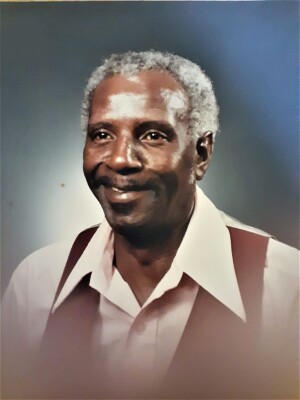 Fraze "Nuddy" King born December 8, 1941 in Gainesville, FL to The Late Joyce Smith and Lucious King.  He is preceded in death by his sisters Ernestine and Debra Freeney.  Fraze was educated by the Alachua County School system. He was an employee of Clay Electric for 25 years.

He was an active member at Bethlehem United Methodist Church where he was a trustee and a member of the male chorus.

After meeting and marrying his wife whom proceeds him in death Velma Davis in May of 1971. This union brought two children, Zuniga King and Aubrey King (Jasmyne and Breona King) – both of High Springs, FL, in addition to his son Travis King (Alachua, FL) Fraze was the great grandfather of Jasineya, Anne, Kamoore and Thailand.  He was the God father of Tony Davis, LaSean Stokes, Rakeem Davis and Heather Anderson.

His adopted daughter Mia London (Aubrey). He is the brother of Joyce Ann Brooks-Lakeland, FL (Greg and Tony Brooks) and brother Larry Freeney. He was a devoted longtime friend to Ernest “Jr.” Holmes and Rudolph Freeney.

To send flowers to the family or plant a tree in memory of Fraze Nuddy King, please visit our floral store.